Home > Family Wealth > The SECURE Act: Some Planning May Be Required 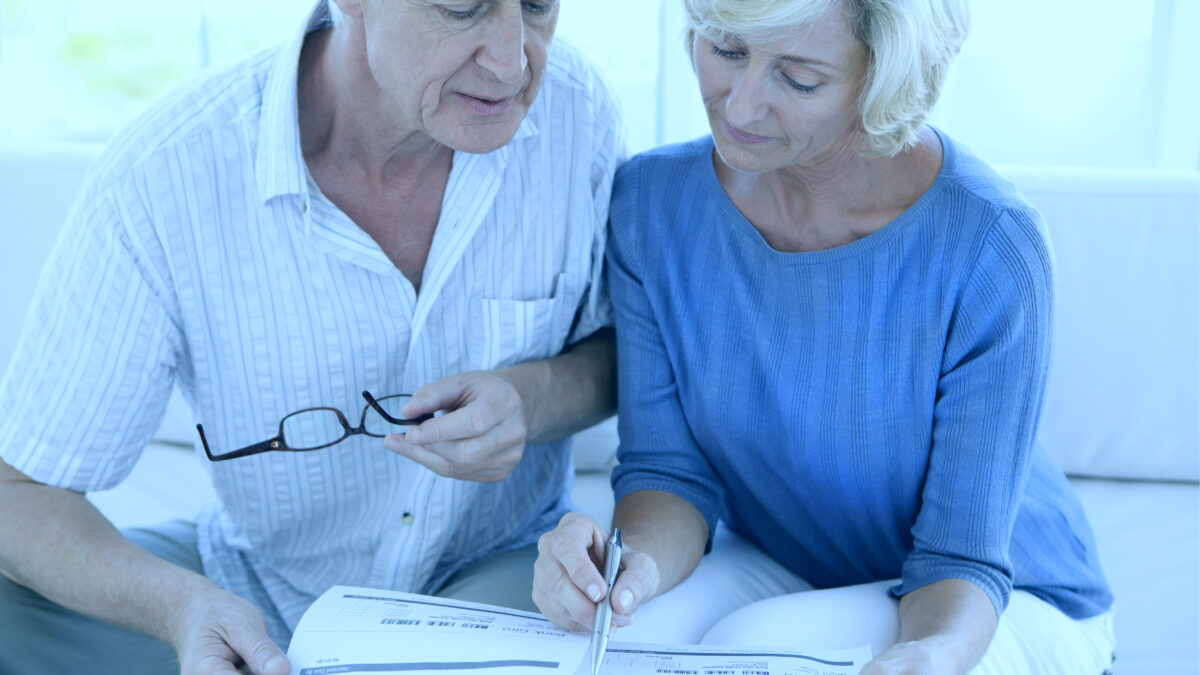 The SECURE Act: Some Planning May Be Required

Surprise! Surprise! In the month of December, 2019, Congress passed the “Setting Every Community Up for Retirement Enhancement” Act, known as the SECURE Act, and President Trump signed it into law. Although, this law does have some minor reliefs or enhancements within it, it pretty much throws out the “Stretch IRA” provision of the past.

Overall, this new law can be viewed as another step to increase tax revenue by the forced acceleration of IRA or retirement plan withdrawals. Keep in mind, the Federal government is now approximately $23 trillion in debt, and as the debt and deficit becomes increasingly difficult to finance and manage, we can expect more laws that work against tax deferred accounts.

The main focus of the law and the area that has received the most attention is pertaining to Required Minimum Distributions (RMDs) for retirement accounts, and other new rules such as the elimination of the “Stretch IRA” provision, as we knew it, and the elimination of the maximum age for Traditional IRA contributions. I will give you an overview of the changes and some suggestions of what to be aware of, now that these changes are in effect.

Required Minimum Distributions – The required age for an owner of an IRA to begin withdrawing from their IRA accounts has increased from 70 ½ to age 72. This rule applies to account owners who turn 70 ½ after 2019. However, employees, who are working past age 72, can delay the required minimum distributions from their 401(k) plan, while they continue to work at their current employment. But, this doesn’t apply to individuals who own 5% or more of the company.

Note, the IRS is readjusting the life expectancy tables that are used for RMD calculations. We won’t know until they are finalized, but even if the tables will increase the tax deferral, slightly, most retirees, approximately 80%, end up taking out more than their RMD requirements every year. So, this change in the RMD age will have a limited benefit, because the increase in the minimum age is only 1.5 years.

The Restriction of the “Stretch IRA” Provision – This is the area of the SECURE Act that has gathered most of the attention. Specifically, the law has tightened the length of time, or shorten it, that beneficiaries of inherited IRA’s, 401(k)s and other retirement accounts, have until those accounts must be completely dispersed. There is an exception, though – Retirement accounts that were inherited from owners who died before 2020 aren’t affected. Generally speaking, most non-spouse beneficiaries will be subject to the 10-year rule, which requires these beneficiaries to deplete their accounts within a 10-year period.

In a nutshell, the Non-Designated Beneficiary is the category that is now subject to the 10-year rule. The 10-year rule requires that these beneficiaries must have the inherited IRA completely distributed out of the account within 10 years. It does allow you to vary the amounts in any given year within that period. So for instance, the beneficiary can wait to the 10th year and disperse it all at once or perhaps the last 3 years. This may create some relevance for distribution planning. For instance, if the Inheritor is still working in their career and are in a substantially higher tax bracket, and are 5 years from retirement, they could theoretically wait until their earned income drops at retirement (dropping down into a lower tax bracket) to begin making the withdrawals.

Again, Eligible Designated Beneficiaries include: The spouse of the decedent, a disabled individual, a chronically ill person defined as a person who is unable to perform two of the six daily living activities for an “indefinite” period, which is a period that is expected to be lengthy in nature. Those ADL’s are Eating, Toileting, Transferring, Bathing, Dressing, and Continence. Also, the EDB category includes individuals who are not more than 10 years younger than the decedent.

The last sub-category that is included as an EDB category are “minor children of the decedent.” But that only applies until the minor beneficiary reaches the age of majority. This would then force the 10-year rule onto that beneficiary, and basically means that the account would have to be completely distributed by age 28, unless they live in states that have different ages of majority. These states are Mississippi (21), Alabama (19), and Nebraska (19).

The other sticky sub-category of Designated Beneficiaries are IRA Beneficiary Trusts or what is referred to as “See-Through Trusts.” They are called “See-Through Trusts” because they are a vehicle through which individuals may pass retirement assets from their IRAs through the trust to their chosen beneficiaries (Source: Investopedia). There are two types of these trusts: Conduit Trusts and Accumulation Trusts.

The other trust, the Accumulation Trust, gives the trustee discretion on whether to pay out or retain the RMDs within the trust. In a recent article published in the National Law Review, the author notes that the Accumulation Trust can solve the problem of the beneficiary receiving unexpectedly large distributions because the trust will retain the proceeds from those distributions. Also, retaining the assets in the Accumulation Trust shields those assets from creditors, if any of those beneficiaries get sued. However, the disadvantage of this trust, is that trusts are taxed at a higher rate. But, the trust has to be written correctly in that the trustee needs to have discretion on distributing the RMDs. That way, they could manage some of the tax burden by having more control over the distribution amounts and planning accordingly. Plus, structuring the assets in certain investments inside the trust, may have an impact on the trust’s tax liability.

Implications on Planning – As a result of these tax law changes under the SECURE Act, additional planning and considerations should be made for owners of these type of accounts and trusts in order to minimize the tax burdens and preserve these assets for the future generations. Because of the current income tax code sunsets in 2024, and tax brackets and liabilities are likely to rise substantially. Therefore, distributions before an IRA owner reaches 72 or before he or she dies may make sense.

This may include Roth IRA conversions. There are a number of reason why an owner of a substantial IRA balance should consider a Roth IRA conversion schedule, such as a surviving spouse will be subject to a significantly compressed tax bracket due to their change in filing status. Another consideration is the current estate tax exemptions also sunset in 2024, so converting to Roth IRAs now and during their lifetime could help reduce their overall estate, therefore lowering the tax liability under the future estate tax schedule. Another reason is post-death distributions to beneficiaries are tax-free.

Reforming a See-through trust by removing the conduit language, and doing so before death occurs and the 10-year rule is locked in. Additionally, making qualified charitable contributions from the IRA now or during RMDs, which are currently exempt from taxation. This would replace any after tax charitable contributions (outside of IRAs), that the IRA owner is making out of regular savings. That way, they could utilize after tax savings for living requirements, and instead give part of, or all of the required minimum distributions to a qualified charity.

There is a lot of other planning considerations with the passage of the SECURE Act. Again, for those people that are owners of sizable IRAs and other qualified retirement plan assets, and are retired or planning retirement, should consider this type of planning.

If you have any questions regarding this subject, feel free to email me at [email protected].

Live Each Day to the Fullest 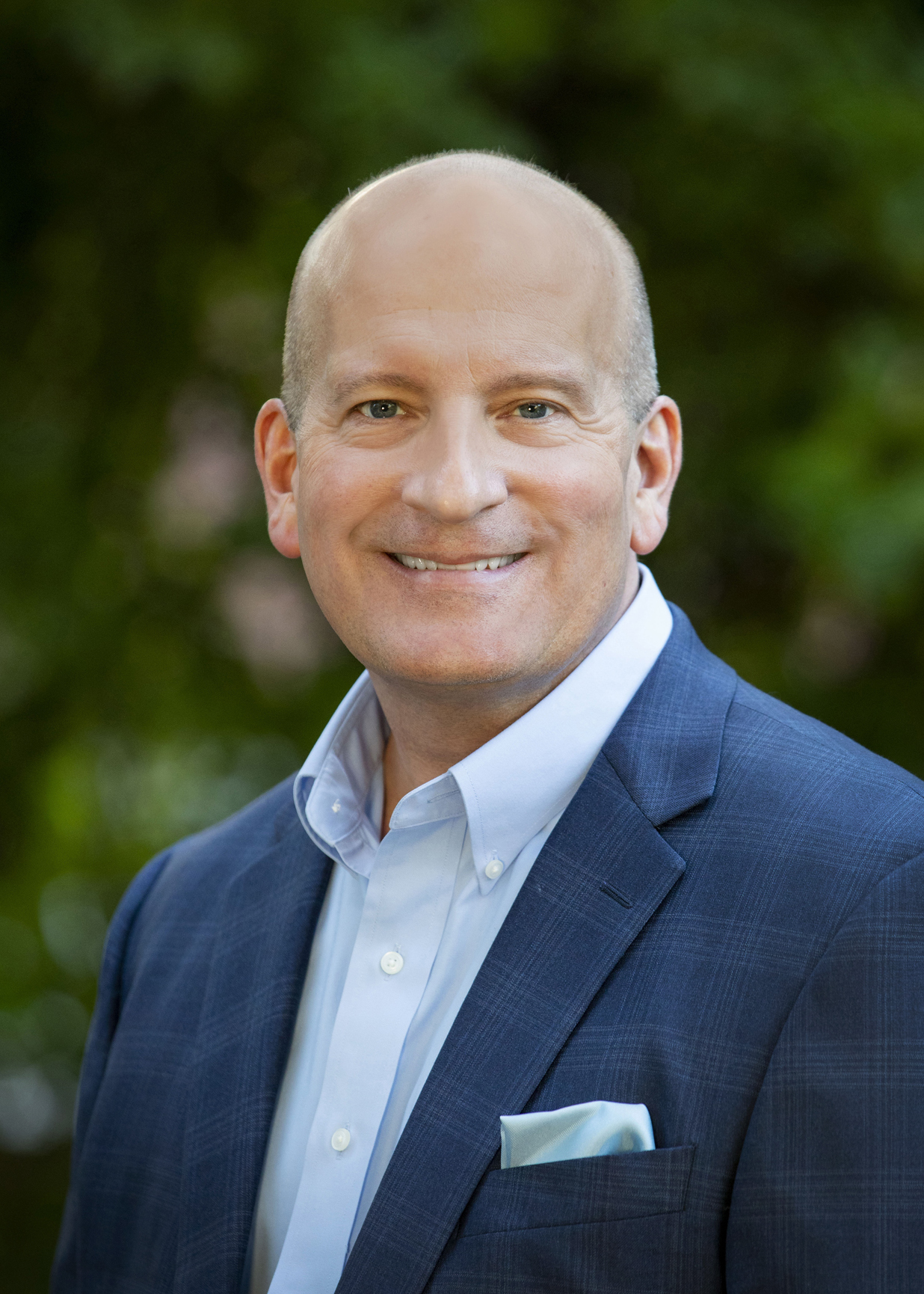 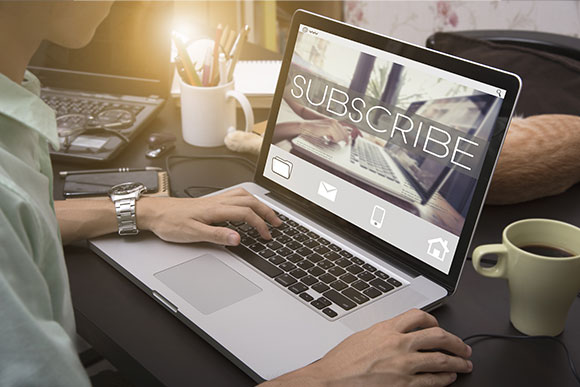 What Steve Writes About 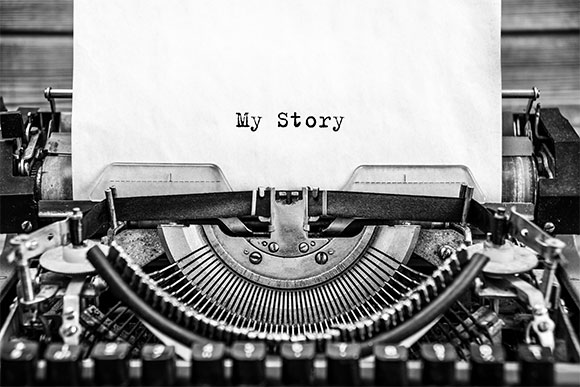 I write about the latest thoughts and topics that impact high net worth families, individuals, and business owners. The building and sustainability of family wealth and a business is an exciting journey, and I have a passion to help them along the way to grow and thrive.

What Steve is Reading 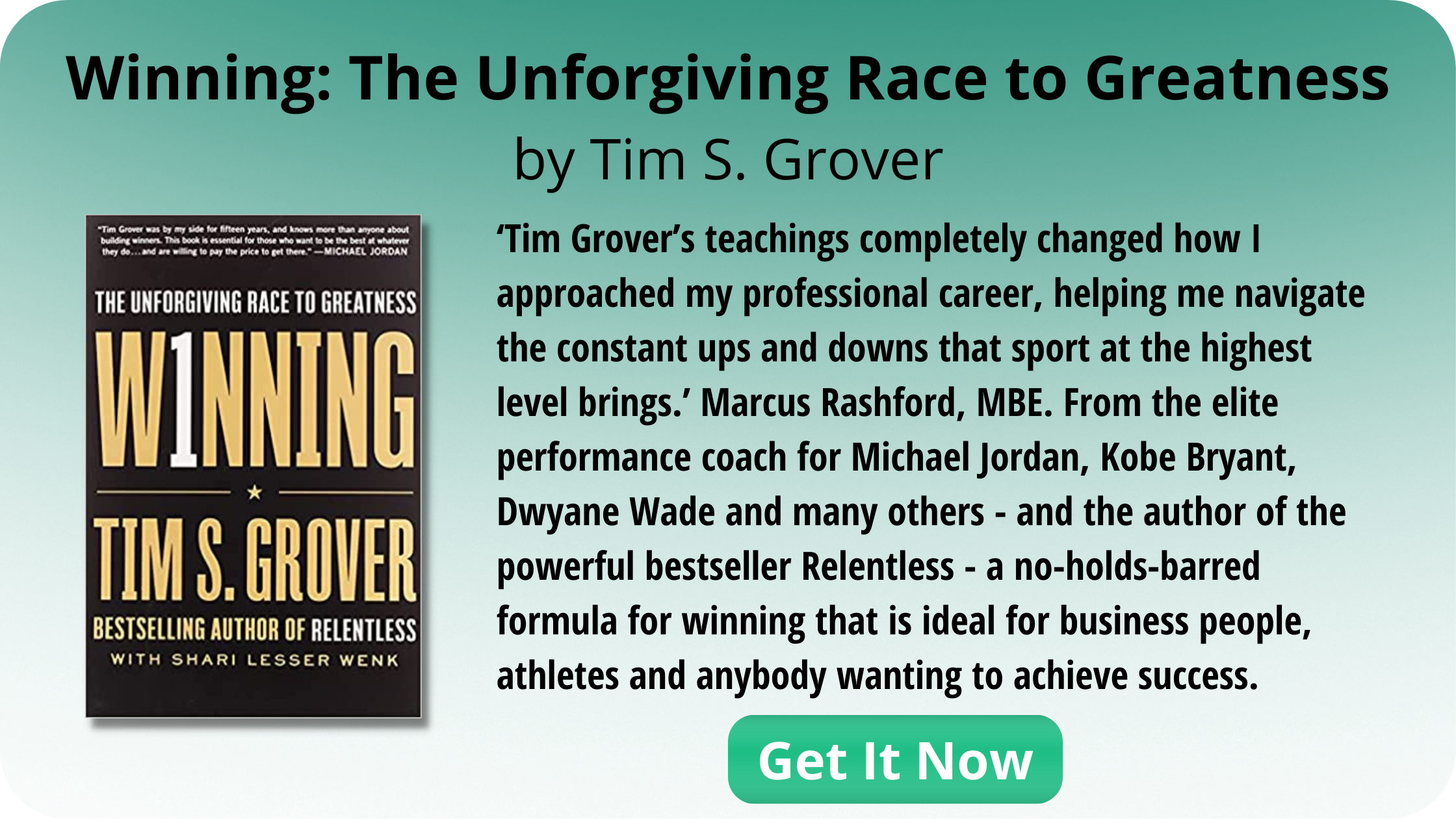 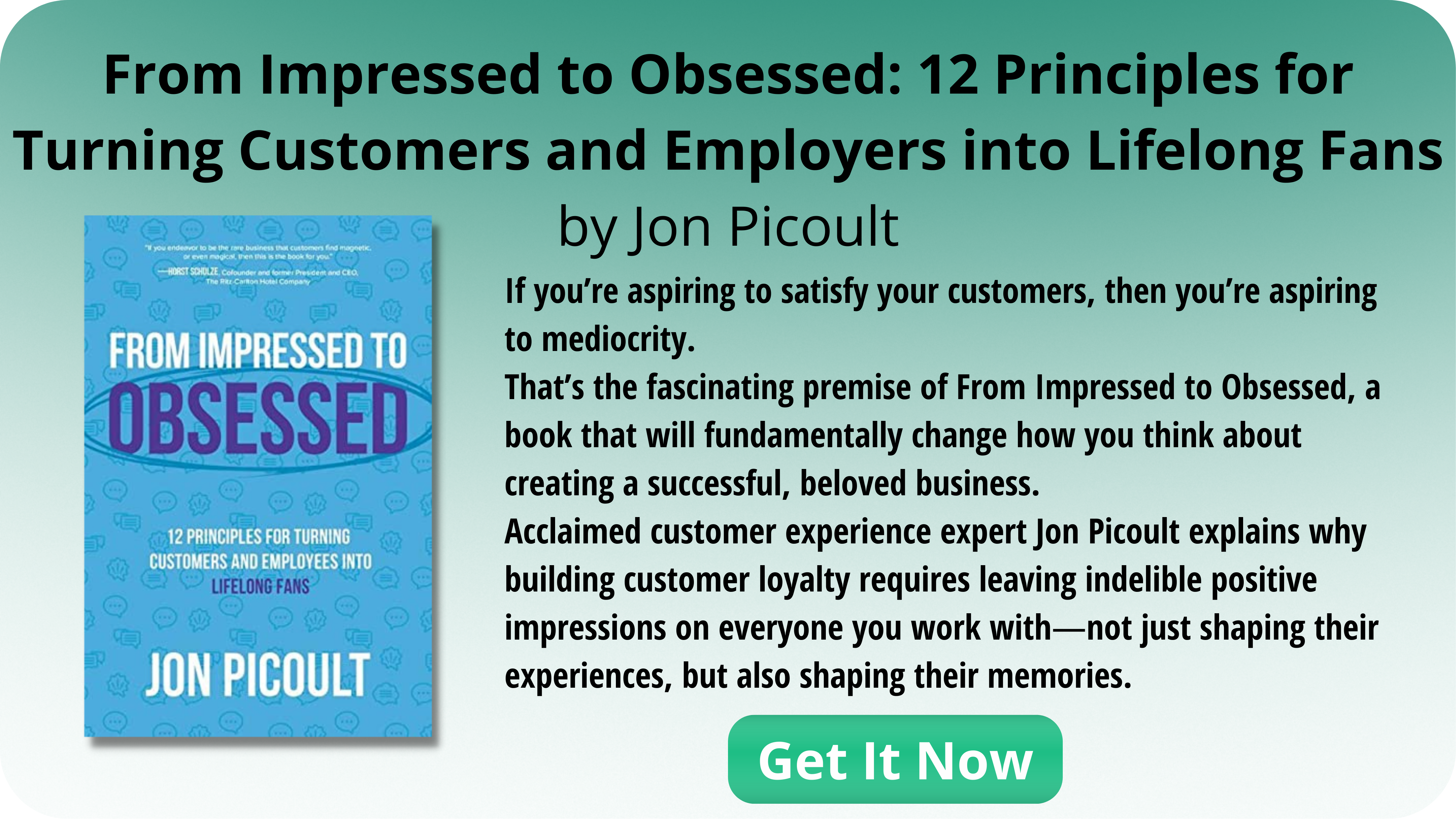 The latest book that Steve is reading. He reads, all he can, material relevant to the high net worth family and business owners, so that he may pass it onto his readers.

What’s Your Purpose in Retirement?

When is the Right Time to Get a Valuation of Your Business in Planning Your Exit?

The Business Owner Will Exit Their Business, One Way or Another

Utilizing a NING Trust as Part of a Business Exit Strategy

Preparing for an Unexpected Fatal Illness

Family Legacy Development: The Anatomy and Importance of Family Meetings

Steve Zeller, 3 years ago
Securities and advisory services offered through Commonwealth Financial Network®, www.FINRA.org / www.SIPC.org, a Registered Investment Adviser. Financial planning services and fixed insurance products and services offered by Zeller Kern Wealth Advisors are separate and unrelated to Commonwealth. This communication is strictly intended for individuals residing in the states of AZ, CA, CO, FL, GA, ID, IL, IN, ME, MN, MT, NH, NV, OR, NY, TN, TX, VT and WA. No offers may be made or accepted from any resident outside these states due to various state requirements and registration requirements regarding investment products and services.  Review our Terms of Use: www.commonwealth.com/termsofuse.html.